The official homepage of Nishi Park is translated using an external, automated translation service. When using this service, please be aware of possible discrepancies with the original Japanese content of the homepage that may occur with automated translations. Please be sure to refer to the Google Terms of Service.

Nishi Park is located almost in the center of Fukuoka City and used to be called “Aratsuyama.” Visitors can enjoy panoramic views of Fukuoka City, Hakata Bay, and Shikanoshima Island from a hilly region with a total area of roughly 170,000 square meters jutting into Hakata Bay. This park was established in 1881, making use of the natural hills, views, and valleys. Afterwards, it was made into a scenic park by planting cherry trees, azaleas, and other plants in additional to the natural forests including pine, beech, and evergreen oak.
Roughly 1,300 cherry trees bloom during the spring; they have been chosen as one of the Japan's Top 100 Cherry Blossom Viewing Sites. In the autumn there is colorful foliage including maple and gingko. This park is a place of relaxation for the residents of Fukuoka Prefecture, featuring pleasant walking paths that will make you forget you are in the heart of the city. 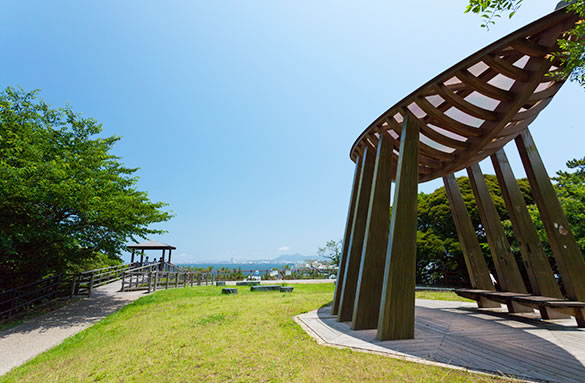 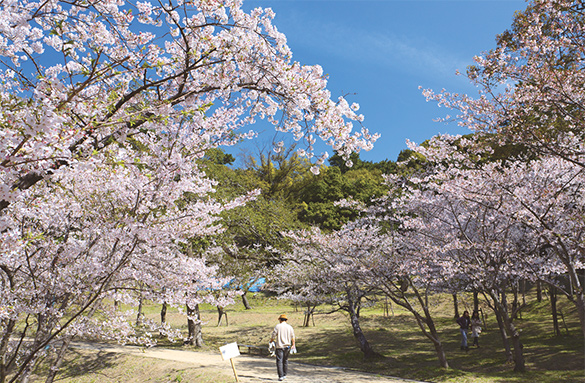 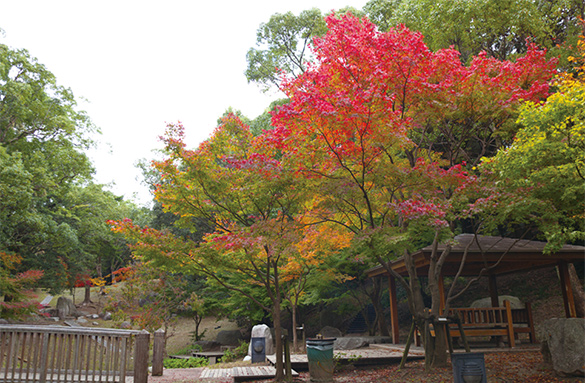 This park has been protected as a scenic location since the Edo Period, and vegetation from that time still remains. In the unique evergreen forest along the seashore, there are many pine trees near the ocean and summit. In the inland area, visitors can see large trees including beech, evergreen oak, and camphor. In particular, the large beech trees have impressive, mesh-patterned bark on their trunks.

The paved paths in the park are one-way paths. There are parking areas inside the park, but the number of spaces is limited and parking is limited to people visiting the park. No fires are permitted in the park during cherry-blossom viewing or other times. 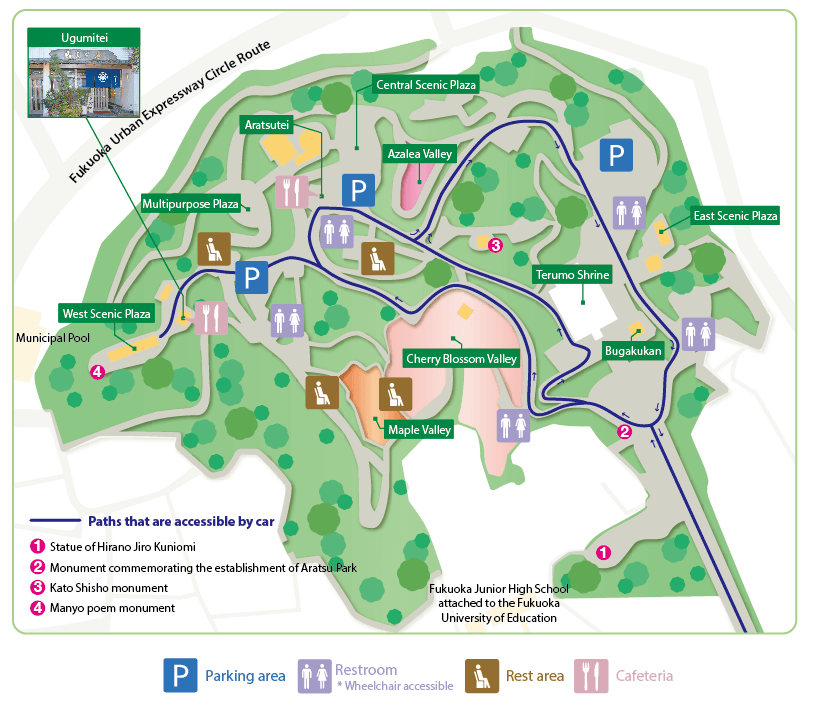 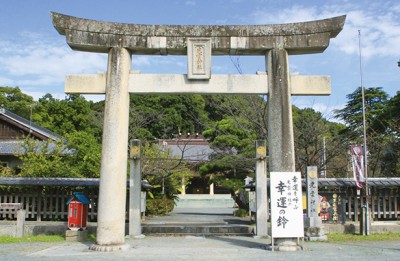 This shrine is dedicated to Kuroda Josui (Ryokoinden), the ancestor of the feudal lord of the Fukuoka Domain, and Kuroda Nagamasa (Kouninden), the first lord of the Fukuoka Domain. There was originally a building honoring Josui and Nagamasa (under their posthumous names of “Suikyo Gongen” and “Seisho Gongen”) in the inner citadel of Fukuoka Castle. It was relocated outside of the castle due to the abolition of the domain system, and moved to its current location as Terumo Shrine in 1909. There used to be a shrine named “Aratsuyama Toshogu” that was established by Kuroda Tadayuki, the second feudal lord. It was closed in the anti-Buddhist movement of the Meiji Period.

The Bugakukan can be reserved for private cultural events and meetings.

Monuments that allow you to experience Fukuoka’s history

There are precious historical monuments throughout Nishi Park, including a statue of Hirano Jiro Kuniomi, a patriot from the Bakumatsu period; a monument commemorating the construction of Aratsu Park in 1909; and a monument to Kato Shisho, who held the position of churo and leader of the Chikuzenkinno Faction in the Fukuoka Domain in the Bakumatsu period. In this way, visitors can get a keen sense of history while strolling about. 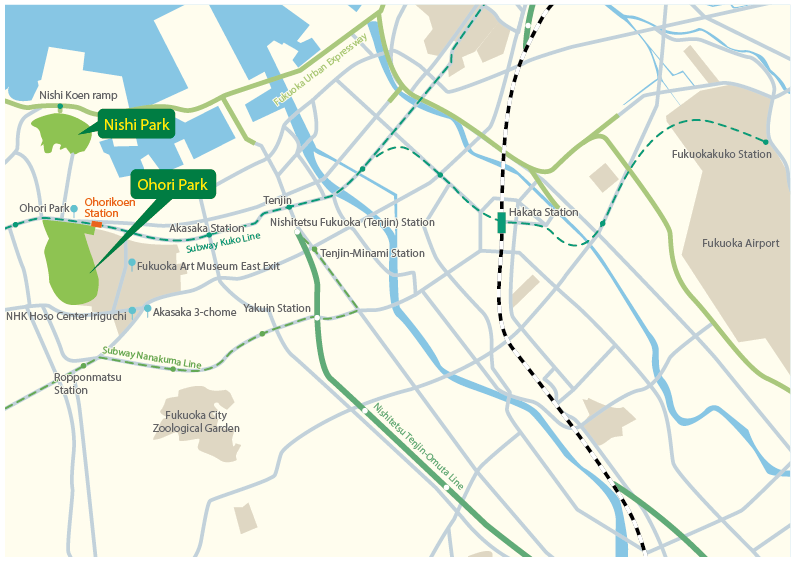